Hashgraph is a distributed ledger technology similar to Blockchain that works on Graph-like Structure where all the nodes communicate their information to each other, and their communication is reported by building a graph of connections. It facilitates low latency and faster transaction confirmation with minimal power consumption. The hashgraph orders the transaction in a decentralized network, addressing fairness, security, latency and energy concentration and also percent and fault. The main aim of hashgraph is to govern the ground-up to support decentralized applications running at web scale.

What is blockchain technology?

Blockchain is a technology that contains digital records of transactions. It is a decentralized, distributed, public, digital ledger that consists of records called blocks that are used to save transactions across many computers so that any involved block cannot be altered retroactively, without the alteration of all subsequent blocks. In short, it is a system of recording information in a way that makes it difficult or impossible to change, hack, or cheat the system. Each block in the Blockchain contains a number of transactions, and when a new transaction occurs on the blockchain, a new record of that transaction is added to every participant’s ledger. The decentralised database managed by multiple participants in the Blockchain is known as Distributed Ledger Technology (DLT).

Comparison of hashgraph and blockchain

The three main aspects of comparisons of hashgraph and blockchain are data storage, data structure, and protocols. Let’s see the key differences.

Blockchain is a technology that stores transaction records in a block, including current hash, timestamp, as well as the transaction from the preceding block. But hashgraph stores data in the form of an event, containing timestamps and transactions with the regular hashes, and in hashgraph it is also possible to view the history of the transactions in a graph.

The data structure of blockchain technology involves nodes authorized for adding blocks to the chain of transactions. While hashgraph technology requires communication of the nodes, providing the information through the connections recorded in a graph.

Even though blockchain technology is the popular distributed ledger technology, hashgraph is considered as future technology. When stepping to the end of this article, we believe that you all got deeper information about blockchain and hashgraph. If you have any suggestions please comment them below and we will reach out to you as soon as possible. 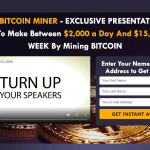 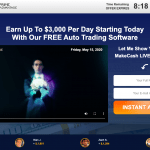 Prime Advantage Review: How It Can Help People Make Millions? 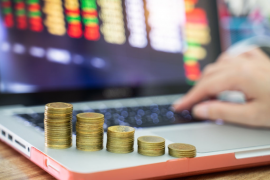